One of the advantages of being a Google Street View trusted photographer are the insights we get from Google Maps. We can check any photographs view count and see how well it's performing across Google Maps and Google My Business.

I love being to update clients with real data on their photographs popularity.

Occasionally we'll also receive an email from Google when a significant milestone is reached. Earlier this year, I had notification of one of those milestones — as of February 2019, our 360° Street View images have reached 2 million photo views! Apparently, this makes us 'a top photographer on Google Maps'.

Here's a screengrab of the actual email...

I'm delighted with this for two reasons:

Given that Google's own research says Listings with photos and a virtual tour are twice as likely to generate interest, it aligns with my personal philosophy on Virtual Tours.

Backing up that data, here are the 3 key findings from a Google Street View study which they commissioned in 2015.

To mark the occasion here's a quick showcase of some of our most popular Street View 360s to date (August 2019).

Above: Our 360° Google Street View of Grand Canal Dock and the Bord Gáis Energy Theatre has been viewed 244,084 times.

And here's some recent projects which are quickly gaining exposure and climbing in views.

Above: Our 360° photos of Maria Tash store at Brown Thomas have over 6,000 views in a short space of time.

Above: A virtual tour of Ellenborough Park in Cheltenham has rapidly gained more than 23,000 views since publication.

Above: Science Gallery Dublin has just over 275,000 views. 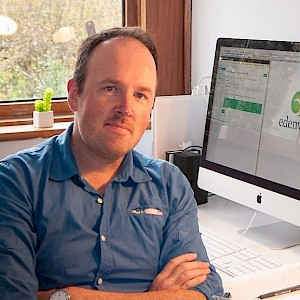